The intellectual faculties are power of the intellect or power of doing things intellectually because of the capabilities. Capabilities are undeveloped faculties; qualities, etc. that can be developed by education and training for instance a very capable doctor/nurse/teacher. It is having or showing good reasoning power. Intellectual interests give indications of condition wanting to know or learn about something or somebody. It is the quality that arouses concern or curiosity, that holds one`s attention. Intellectual pursuit is, further, an act of pursuing. Besides, something at which one works or to which one gives one`s time. These are the intellectual faculties that enables one get awareness of things relative to the interest or pursuit of one. One of the intellectual persons, Pt. Shriram Sharma Acharya, the founder of Dev Sanskriti vishwavidyalaya in Haridwar, Uttarakhand, India, had known about the intellectual faculties in his adolescence. It is an Indian university located at Shantikunj near Haridwar city in state of Uttarakhand.

From official website, The university D.S.V.V. is a non-conventional centre of higher learning, education and research. It is an exceptional creation which has born out of a unique vision of the groundbreaking scholar and visionary, Pt. Shriram Sharma Acharya ji (1911-1990), who was also a renowned social reformer and a celebrated freedom fighter. He had a vision to establish a university devoted to the preservation and propagation of the Indian culture, which to him was Dev sanskriti (Angel`s culture), that could combine the precepts of practical knowledge (Shiksha) and spiritual education (Vidya) to create truly enlightened individuals.

There are many courses that include yoga ( exercises taken from various sources of inspiration) to keep one physically and mentally fit. It’s, really, a wonderful discipline.

Intellectualization is the analysis of a problem in purely intellectual terms, primarily as a defense mechanism. In intellectualization, feelings and emotions are ignored. Horney gives the example of a patient who, in the course of analysis, looked at himself and exclaimed,”How interesting!” Intellectualization is a term of ego-defense mechanism by which the individual achieve some measure of insulation from emotional hurt by cutting off affective charge from or distorting the emotional charge which normally accompanies hurtful situations. Besides, separating incompatible attitudes by logic-tight compartments proves beneficial. One may adapt intellectualization as therapy in one’s routine work at leisure. Intellectual, the word, is pertaining to the intellect or pertaining to intelligence. It is characterizing an individual whose interests are primarily in ideas and learning. Intelligence is pertaining to ability to learn, reason, and adapt. Intellectualization also requires active sessions of therapy with the help of a friend, colleague, or family member to tell what is feeling or emotion or guide what is the analysis of a problem in purely intellectual terms if need is felt by one.

An inequality in abilities or intellectual interests leads toward intellectual imbalance. On the contrary to the intellectual faculties it is the involuntary or unconscious phenomena that may give rise to certain abilities or interests that may prove inimical to the intellectual faculties. Mindfulness or meditation helps to keep one proceed along the line if otherwise one is rendered dull in mental faculties due in course to the negative feelings and emotions enforced from the source outside. Intelligentsia, that part of a community which can be regarded ( or which regards itself ) as intellectual and capable of serious independent thinking, in most instances, believes in religious resources. Moreover, serious independent thinking paves the way for anomalies to be made extinct 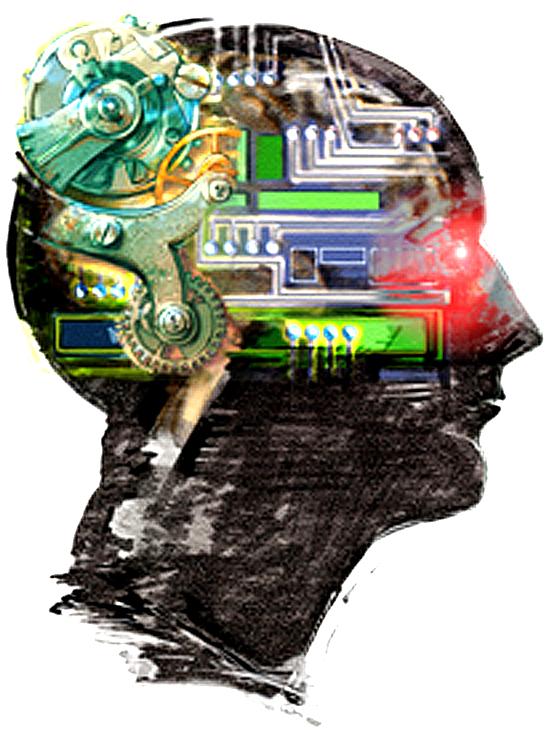 Image credit: https://commons.wikimedia.org/ Artificial intelligence may surpass natural intelligence in some aspects but not in all the aspects of the intellectual faculties.

Intellectual maturity is the attainment of an adult state of intellectual development. It is wisdom, a high degree of good judgement in the control and management of behaviour. People who are not mature enough at the age of 32 years may compromise with their family members as is visible apparently in most instances to adjust in the environs of a household. Acharya ji were a visionary and acted upon his plans in a scheduled program one after the other. They had given the valuables and property to the trust. Both Mr. and Mrs. Acharya ji were devoted to the cause of humanity. The great support they received from `All World Gayatri Pariwar` (Gayatri family). Gayatri is a hyman (song of praise to God, esp one for use in a religious service). Intellectual maturity is a state of the intellect, in which, power of the mind to reason (contrasted with feeling and instinct) takes into account the power of seeing, learning, understanding, and knowing. It needs practice of thinking, speculation, and probing. One should make attempts to attain intellectual maturity if the individual finds drawbacks.

Supernormal phenomenon occurs from significantly beyond the normal range yet within the scope of natural law. It is pertaining to extremely high intellectual ability. It is the roof brain, in which, talent, abilities, and superb sensitivities toward the external world lie. Supernormal phenomenon is the outcome of roof brain and begins from the percentage of fifty in plus signs and increases upto eighty or ninety percent or above (in an exceptional case). It is, in fact, the knowledge of natural laws and principles that enables an individual to look beyond the normal range or to look toward minus signs as abnormality in behaviour also starts from the percentage of fifty and the degree of plus traits decreases upto eighty or ninety percent or below (also in an exceptional case). The disease, disorder, or imbalance gives rise to minus traits. The curative treatment or balance as how it would be brought is the task of an individual. The two hundred scores of plus-minus explain about normal probability from 1 to 50 minus and also 1 to 50 plus scores in between. Supernormal phenomena is the increasement in degree of plus traits. Factors responsible for supernormal phenomena are plus traits more than fifty percent in human nature. Moreover, virtues, interests, and pursuits pave the way for many things that put something forward and due in course to that prestige, honour, distinction or achievements pave the way for supernormal phenomena.

The following references from google may be helpful about the concept of the intellectual faculties: 1. Intellect is the ability to learn and reason, as well as the capacity for knowledge and understanding. It is intelligence and using your mind creatively. Fulfillment in your education and intellect can contribute to leading a satisfying and successful life.

2. It is used in studies as the human mind refers to the ability of the mind to come to correct conclusions about what is true or real, and about how to solve problems.

3. What is defi? The act of defining, or making something definite, distinct, or clear.

P.S.I-I pay my humble gratitude to the individuals who like my posts or follow the blog Life Potential 1rcsharma centre for metapsychics. Thanks.

This site uses Akismet to reduce spam. Learn how your comment data is processed.